Leading the agenda to Net Zero

Norfolk County FA is delighted to announce a new partnership with Chaplin Farrant.

Chaplin Farrant, one of East Anglia’s leading multi-disciplinary construction consultancies, has agreed a new partnership which will see it once again sponsor the Association’s annual Volunteer Awards as well as the Norfolk Sunday Senior Cup Competition for the 22/23 season.

Already a prominent figure in the Norfolk Football landscape, Chaplin Farrant has assisted in the implementation of numerous buildings and facilities within Norfolk including Norfolk FA’s County Headquarters situated at The Football Development Centre [The FDC] in Norwich, as well as Norwich City Community Sport Foundation’s The Nest in Horsford and Aylsham FC’s Young’s Park.

Offering architecture, engineering, cost consultancy and CDM services, those at Chaplin Farrant put people at the heart of everything they do. This is reflected in their support of rewarding Norfolk Football’s finest at the County FA’s Volunteer Awards since 2017. 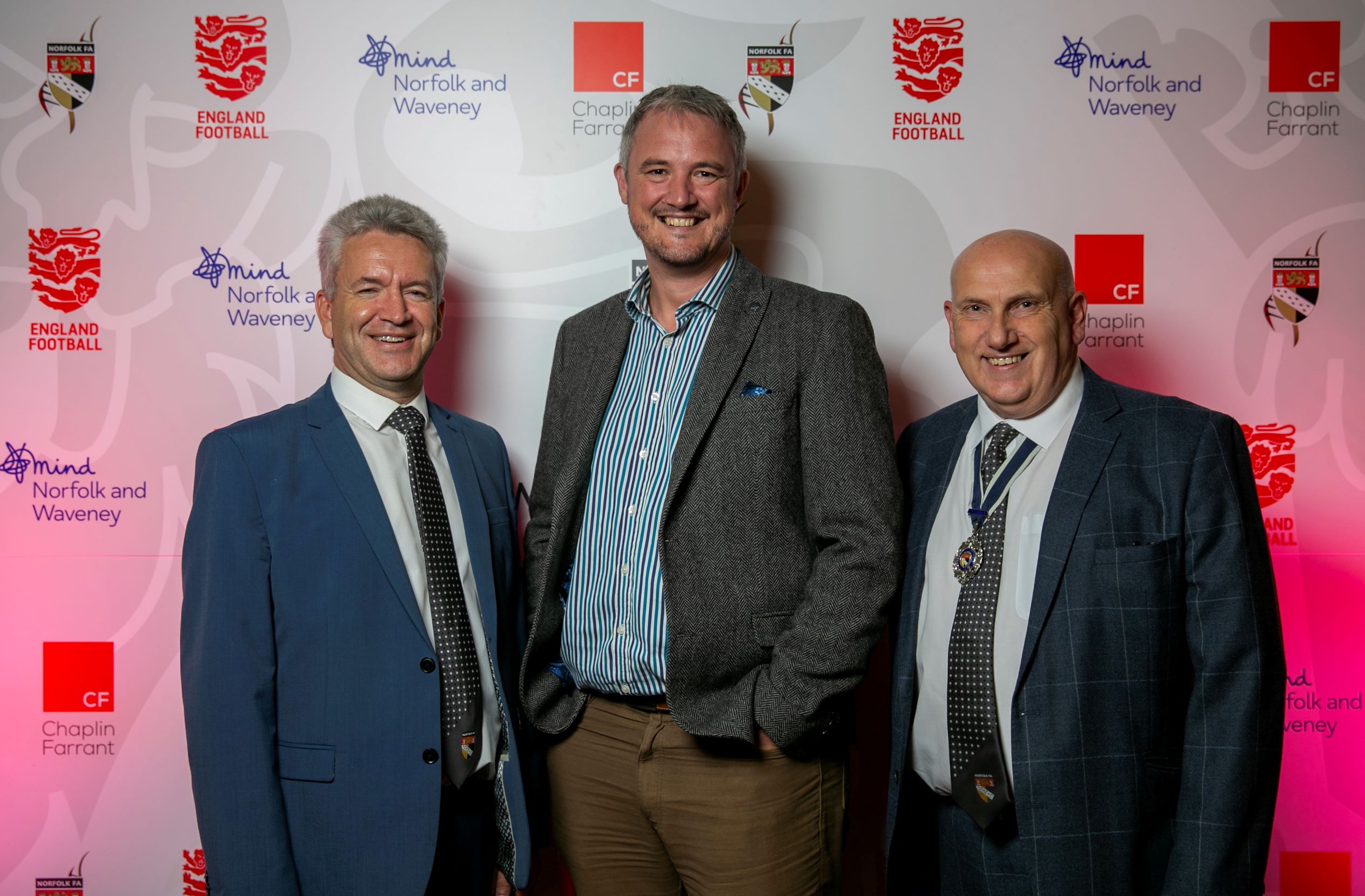 Over the years, the two organisation’s previous partnerships have seen a range of professional services provided to Norfolk FA as part of plans for a variety of redevelopment works at The FDC. This season will see Chaplin Farrant give back to the local game more than ever, with the support of Norfolk Football’s volunteer workforce being also supplemented by sponsorship of the Norfolk Sunday Senior Cup competition.

The Sunday Senior Cup has been competed for since 1960/61 season and features the best Sunday League teams in Norfolk. Many players that choose to participate across both days of the weekend compete in this prestigious competition as well as its Saturday counterpart the Ashtons Legal Senior Cup.

Matt Carpenter, Chief Executive of Norfolk FA said: “The long-standing relationship we have had with Chaplin Farrant has brought a host of benefits to us as an Association and to Norfolk Football. Mark and the team have a real passion for football and in particular the grassroots game in Norfolk, which is evident to see from some of the projects they’ve been involved in.

“We are delighted to launch a new partnership for this season which includes the addition of one of our most prestigious cup competitions, and we are hugely grateful for their continued support of the Volunteer Awards, without which we would not be able to celebrate our incredible volunteers to the level we believe they deserve.”

Mark Camidge, Director and Architect at Chaplin Farrant said: "Chaplin Farrant are once again delighted to be able to continue to support the 2022 Norfolk FA Volunteer Awards. This will be the 6th year that we have been involved and recognise the invaluable work that volunteers do to enable people to play ‘the beautiful game’.

“Without these amazing people, thousands would miss out on the benefits of partaking in sport and the benefits that this can bring both physically and mentally. It is an amazing event that we are proud to be involved with."

The Norfolk FA Volunteer Awards supported by Chaplin Farrant will take place on Friday 30th September at The Space in Norwich. The First Round of the Chaplin Farrant Sunday Senior Cup is scheduled for Sunday 13 November.

Interested in a partnership with Norfolk FA? Email Rebecca.Burton@NorfolkFA.com to discuss further.